Types of Condoms You should Know about

Condoms are sheath- shaped device which acts as barrier while having sexual intercourse or any other sexual activities. To reduce the chances of pregnancy or a sexually transmitted infection (STI) or sexually transmitted disease (STD). There are condoms for both male and female. It is to be used correctly, in order to be effectual. Some condoms are shaped for penis, while others are worn inside the vagina. The male condom is worn onto an erect penis before intercourse and after forming a physical barrier which blocks semen from entering the body of a sexual partner. Male condoms are generally made from latex and, less commonly from polisoprene or lamb intestine. It has various benefits of ease of use, easy to access and few side effects. Some men have latex energy, so they should go for condoms made from material other than latex. Condoms for female are mostly made from polyurethane and can be used multiple times.Types of Condoms You should Know about

Both partners must agree to have sex willingly. If both partners agree to use condom during sex then after the consent only it is understandable for the partner to keep wearing the condom for the whole time. If mid-sex partner removes the condom without getting approval from partner – then it is referred as “stealthing” it is then considered as a non- consensual and type of a sexual assault.

Picking out condoms can be a fun experience. But with so many condom types in the market, how do you choose between them? An important thing to consider whether or not you plan to use the condom as contraception or if you just want to use it for sex play. If you need a condom for pregnancy or STD protection, make sure to read the condom label to see if it is approved by the FDA for those purposes. 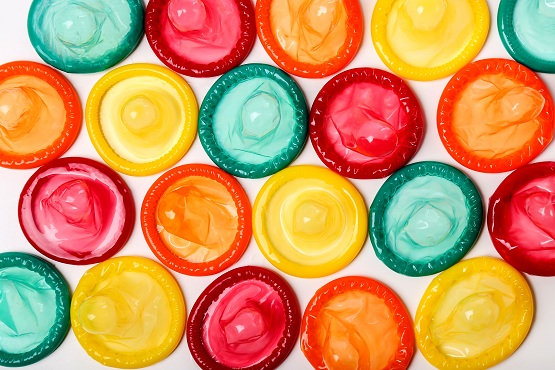 These are to be worn on a erected penis to collect ejaculate fluids.

It is a natural rubber sheet condom. Various types of latex condoms are available in India, which are not too expensive. Latex condoms are reliable in preventing pregnancy and STI’s. First choice of many couples is latex condoms as it’s thick and hard. They may get damaged when they are exposed to oil based lubricants like baby oil, coconut oil, Vaseline’s or body lotions. Water based or silicon based lubricants can be used. As it is stretchable, there are low chances of breakage and slippage. Durex, manforce and Kohinoor are also some brands that promote latex condoms. Few important things to be noted are, if you get rashes or irritation or redness then you may have latex allergy. So always consult a doctor regarding allergy and then go for it. 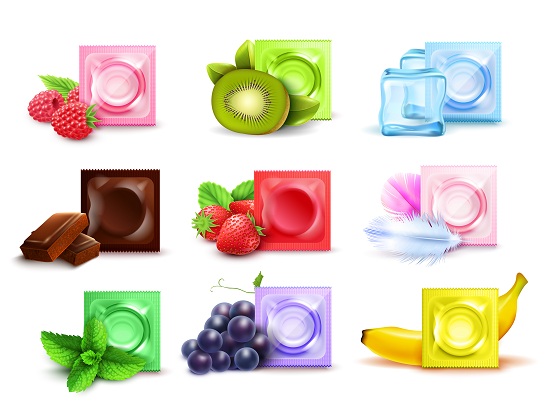 Must be used only and only for oral sex. The flavor coating will mask the latex and makes oral sex enjoyable. There are lots of flavors chocolate, vanilla, strawberry etc. you have to check if its latex or not if you have allergy. And if you are into oral sex, you have to wear condom so that you don’t get any kind of sexually transmitted diseases. Even if pregnancy is not possibility but to avoid to avoid any kind of STI’s. It should never be used for vaginal or anal sex unless direction in the package state otherwise. Especially as the added sugar in flavor coating it can end up to vaginal yeast infection or ruin vagina’s pH.

Ribbed condoms has some raise ridges around them purposely to create extra added sexual sensation and make it more enjoyable. So due to ridges both the penis and vaginal wall gets extra sexual sensation. Dotted condoms have raised dots outside the condom to create extra sensation and excitement and exactly where you want it. And there’s one more condom of durex which has both dotted and ridges combined. These condoms are used to create extra pleasure during sex. It depends on personal choice as some people don’t get any feeling or pleasure from regular condoms. And some just use it to experiment it. It’s good the more you experience, the more you will get to know each other about which and what feels better. Textured or studded condoms are also similar to ribbed or dotted. 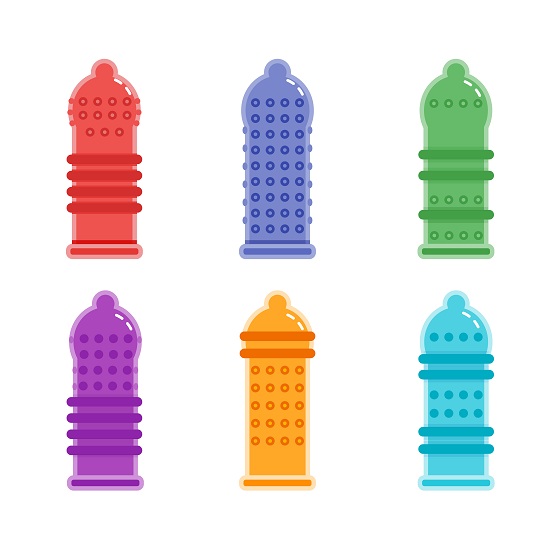 7. Glow up in dark condoms:

These are some fancy condoms that glow in the dark. There are lots of colors in glow up condoms. They are non-toxic and made of three layers, inner and outer are regular latex layers and in between there’s safe phosphorous pigmented layer which lightens the condom. It’s sealed between the regular two condoms. It’s used for more fun, excitement and surprises.

Its latex condom only. They are lubricated with spermicides or non spermicidal liquid. Spermicides are the contraceptive gel that kills the sperms or paralyses so that it doesn’t get fertilized. Some condoms are also packaged with dose of contraceptive. And when you are losing a lubricated condom you might as well need an additional lubricant as well. The more the lubricant the safer it will be and sexier. 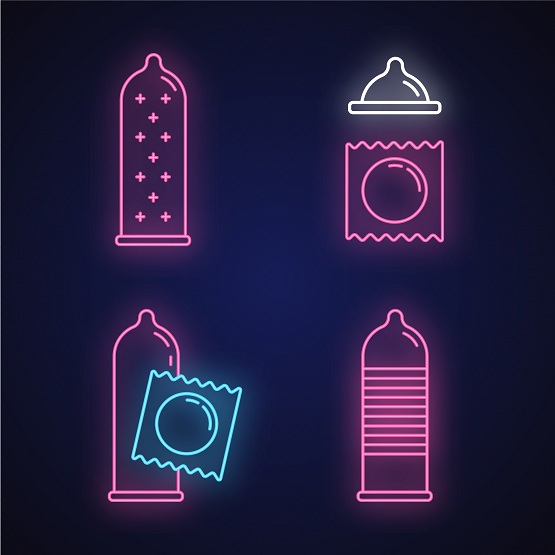 How to Have An Amazing Kiss | Kissing Tips |

How to Recognize a Toxic Friend