After a dull 2014, Samsung is back in 2015 with a great smartphone Samsung Galaxy S6 Edge. The overall design, the material and the software functions, all have been upgraded and amalgamated to deliver a high-performance smart phone. But, does the features and finish of Samsung Galaxy S6 Edge justify its price tag of 58,900 INR? Lets see… 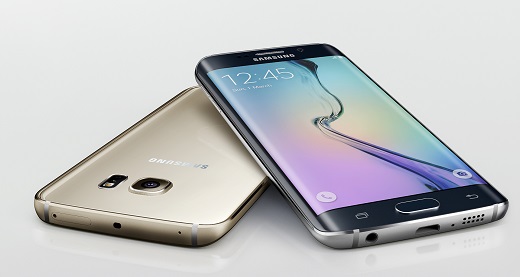 The design of the Samsung Galaxy S6 Edge is its most striking aspect. The curved screen of the phone creates an actual design language and gives a natural feel in the hands. Though, it runs the Android Lollipop, it still possesses hardware and haptic keys below the screen. The heart rate monitor is located on the back under the LED Flash while the physical Home button of the phone integrates with the fingerprint sensor. The bezels are quite thin on either side of the screen as the curved screen takes up a lot of space. The metal frame surrounding the bezels and the screen is also thin, but does not look vulnerable.

Finest quality metal and glass has been used by Samsung for designing Samsung Galaxy S6 Edge. The glass is scratch proof and even survives a fall from 3-feet height. Also, Samsung claims that the metal that it has used for Samsung Galaxy S6 Edge I 50% stronger than the one used by its counterparts, like Apple and HTC to festoon their smart phones. 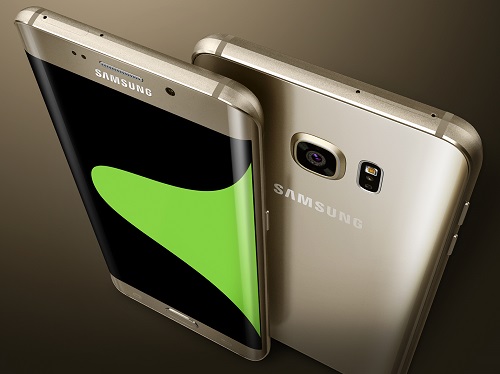 With a 5.1 inch primary display, Super AMOLED panel and 2K resolution, the Samsung Galaxy S6 Edge has toned down its inherent greenish tinge. Also, the colour saturation level has been brought down to make colours look more neutral and you also get the flexibility to change the colour temperature.  As far as the quality is concerned, the display panel of this smart phone is world-class in all aspects. Even on the acute viewing angles, the screen does not lose its colour and nor do the colours get washed out under the sun. Moreover, the Samsung Galaxy S6 Edge is the only smart phone in the world which is protected by Gorilla Glass 4 on the both sides, and thus, it doesn’t get scratched at all.

Also Try 10 IOS TIPS AND TRICKS YOU SHOULD KNOW

Samsung Galaxy S6 Edge features the Edge display on both sides of the screen, but the Edge screen can work only from one side at a time. The information which you can view on the Edge screen includes Twitter Trends, Sports & Stocks Scores, Yahoo-Powered News and Missed Notifications. However, more features can be downloaded from Galaxy Apps. 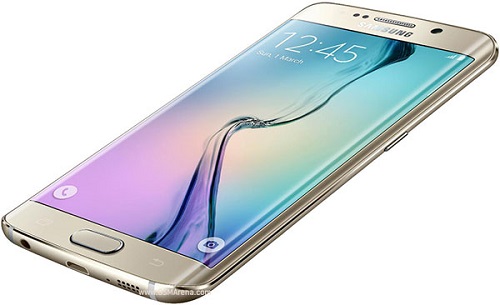 For the first time, Samsung has ditched Qualcomm processor and has been globally selling its Exynos-powered variant. Designed on a 64-bit CPU architecture, the 4G enabled Exynos 7420 octo core chipset exhibits a clock speed of 2.1 GHz. It reduces the battery consumption by 35% and also delivers 35% faster performance. Also, the 3GB DDR4 RAM support increases the device’s running memory by up to 80%.

Furthermore, the Samsung Galaxy S6 Edge has been equipped with a hybrid flash storage that significantly reduces the lag. This smart phone by Samsung comes in three memory variants, 32GB, 64GB and 128GB, and there is no support for the additional MicroSD card. Following the legacy of its predecessors, the Samsung Galaxy S6 Edge also comes with a pedometer, heart-rate sensor and heal-oriented features which track your fitness data.

Also Try 7 WHATSAPP TIPS AND TRICKS YOU SHOULD KNOW

It has been powered by Android 5.0 Lollipop and has been festooned with TouchWiz, Samsung Pay and Fingerprint Scanner. The software part has been completely revamped by Samsung for Samsung Galaxy S6 Edge. The preloaded apps have not only been considerably reduced, but the remaining apps have also undergone a complete makeover. 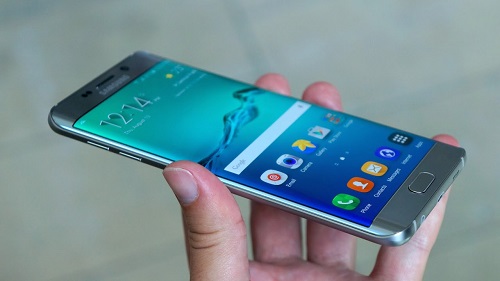 The TouchWiz on Samsung Galaxy S6 Edge is simpler and slicker. In the past Samsung phones, the TouchWiz was not as fast as it is on the Samsung Galaxy S6 Edge. It comes equipped with plenty of bundled app that enhance the usability of this smart phone. Another major improvement that Samsung has made is that it has reduced the steps that are needed to completed in order to get things done on TouchWiz.

The pre-loaded apps offer useful features and one of the additions to the Samsung Apps is the “Smart Manager”, but it is quite similar to several third-party apps that are available on the Google Play Store. It shows information pertaining to the battery level, used RAM, occupied storage and the security status of your smart phone. Taps can be used to switch between the battery modes and to free up some RAM.

Samsung Galaxy S6 Edge is one of the best performers and is noticeably faster than most of the top-end smart phones. Supported by a 3GB RAM, it supports a battery-life of 14-15 hours at the full charge. The call quality is excellent and it does no lose its signal even in the low-network areas. Moreover, it automatically switches to 3G when the Wi-Fi signal is not strong enough. 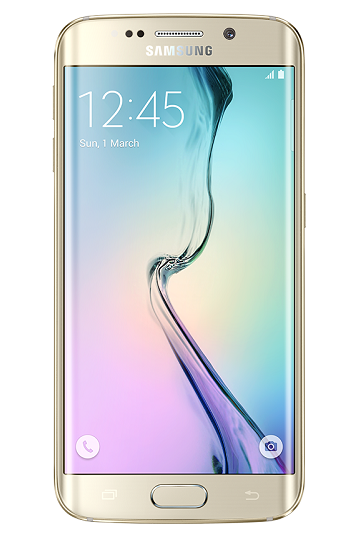 Undoubtedly, the Samsung Galaxy S6 Edge is an amazing and top-notch smart phone which has stunning looks and robust hardware. Though, it skimps on the functionality, but it is certainly a stylish device to use & flaunt. It possesses all the features of the Samsung Galaxy S6 but adds an Edge to those features. With the best camera and unmatched performance, it is unquestionably one of the best smart phones available in the market. If money is not a problem for you and you are not a hard-core Apple patron, then you must surely consider buying it.

Though the smartphone market is being rules by high-end smart phones from Apple and Samsung, but the other smart phone companies are gradually making their presence felt by introducing feature-rich...
Read more

Instagram is a great way to show off your health and wellness brand. It’s easy, affordable and other big-time influencers use it...
Read more
Reviews

"7 Intimate things Men want from their Women but cant Express" Ladies, do you always get confused when it comes to understanding sexual intimacy of...
Read more
Life of Youth